From the Wall Street Journal (wsj.com):

Our experiences in life don’t just affect how we learn and behave, they can also mark our genes and influence our children, a growing body of research suggests.

Stressful events and drug use appear to alter how and when genes are turned off and on. Some environmental influences create such long-lasting and significant biological changes that they can be passed on to affect the health of the next generation, studies have shown. They don’t appear to alter the genes themselves. 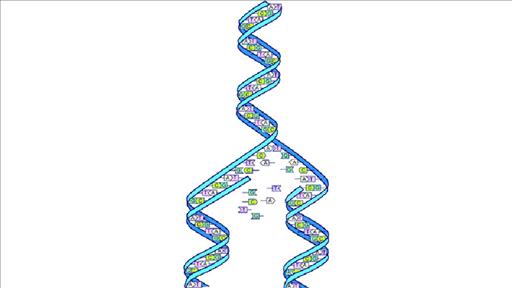 When parents are stressed out, even their kids’ DNA is affected. A study found that adolescents had different DNA patterns depending on the degree of their parents’ stress when the kids were in preschool. Shirley Wang has details on Lunch Break.

Not all of our roughly 20,000 genes—which contain the information that tells the body’s cells what to do—are called on to be active, or expressed, at any one time. In a phenomenon known as epigenetics, environmental influences alter whether particular genes are activated. For example, one way that smoking appears to increase the risk of cancer is by deactivating a specific tumor-suppression gene.

Increasingly, scientists are looking for epigenetic changes to help explain how factors like poor parenting and stress in early life degrade physical and mental health later on.

"We want to know how experiences really influence the brain," says Marilyn Essex, a professor of psychiatry at the University of Wisconsin’s school of medicine and public health in Madison. "What are some of the underlying biological mechanisms that can help us understand how we get from the early stress to the later health outcomes?"

Scientists say epigenetic signatures might someday be used to predict people’s risk of developing disease. Such patterns also might aid clinicians in diagnosing certain conditions, including psychiatric disorders, earlier or more accurately than by relying on observable symptoms alone.

In a recent study, Dr. Essex and her colleagues examined epigenetic markers on the DNA of 109 teenagers who had been observed since birth. DNA was collected from cheek swabs and analyzed for the presence of a group of chemicals known as the methyl group. When attached to DNA in a process called methylation, these substances appear to suppress the action of a gene. Increased methylation of DNA is associated with a variety of negative outcomes, some studies show.

In the study, teens whose mothers reported significant stress during pregnancy, such as depression or marital conflict, had substantially more methylation than teens whose mothers reported low stress. This suggests mothers’ stress might affect their children even into their teen years, says Dr. Essex. The work was published in September in the journal Child Development.

Just because negative life events appear to make a biological imprint doesn’t mean children are condemned to disease, cautions Michael Kobor, a co-author of the study and a professor of medical genetics at the University of British Columbia in Vancouver. Rather, the researchers say, some stress might aid development, and understanding the process could help doctors and parents find ways to intervene early or adjust the child’s environment. 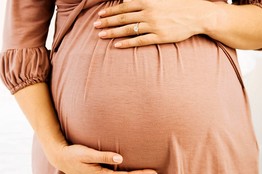 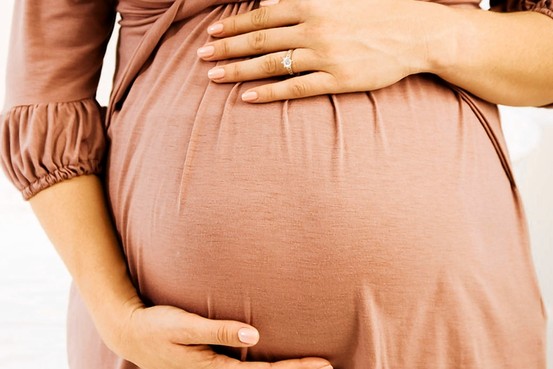 They plan to continue to examine epigenetic markers in these children to see if future changes in methylation are related to their later mental or physical health problems.

Researchers including Barry Lester, a professor of psychiatry and pediatrics at Brown University in Providence, R.I., are trying to understand why babies born to mothers who endured traumatic events often had low birth weights and later developed heart disease, obesity and other ailments.

The scientists have found epigenetic changes that can affect the metabolism of a fetus, suggesting that a baby can be physically reprogrammed to deal with being born into poverty, says Dr. Lester. But if that child isn’t born into an impoverished environment, it can’t handle the enriched surroundings well, contributing to eventual disease, he says.

This discovery led scientists to wonder if behavior might be affected by a similar process. Indeed, studies show low-birth-weight babies are more likely to be depressed or suffer other psychiatric disorders.

"The idea is that something that goes on in-utero to trigger some kind of epigenetic process could actually change the baby’s behavior and ultimately lead to something like psychopathology," says Dr. Lester.

Parental care also appears to affect biological changes in offspring. Michael Meaney, a professor of psychiatry, neurology and neurosurgery at McGill University in Montreal, and his team have conducted an extensive series of studies on this topic in rats and humans. In one, they demonstrated that rat mothers’ grooming behavior, such as licking their pups, changed how the pups reacted biologically to stress.

In humans, they have examined samples of tissue from 36 brains—12 from suicide victims who were abused as children, 12 from non-abused suicide victims and 12 from people who died of other causes—for marks of epigenetic variation. They found distinctive patterns depending on whether the person had been abused or not.

"These very social psychological forces actually affected the biology of the brain," says Dr. Meaney. The study was published in 2009 in Nature Neuroscience. They are now looking to see if small differences can lead to epigenetic changes. Their hypothesis is yes, says Dr. Meaney.

Scientists are finding that epigenetic effects also appear to be transmitted across generations, at least in animals. Eric Nestler, a molecular biologist and neuroscience professor at Mount Sinai School of Medicine in New York, took male mice and stressed them out, then bred them with normal females. After the pups grew up, they showed sharp increases in anxiety and depression. "I couldn’t believe it," he says.

In another study, published last year in Biological Psychiatry, female mice were impregnated by in vitro fertilization. The offspring of the females that had procreated normally with stressed males were impaired, but the pups that resulted from IVF were "essentially normal," says Dr. Nestler.

The most likely reason for the finding is that the females somehow sensed they were mating with "losers" and altered their maternal care, says Dr. Nestler. Work by other researchers has shown a variety of animals can detect inferior mates and accord fewer resources to the offspring.

Most epigenetic changes aren’t stable and can be rapidly reversed, says Dr. Nestler. But some persist and can modify how creatures respond to events later in life. For instance, stress predicts stable epigenetic changes that make animals more vulnerable to cocaine addiction.

Stress "dials up or down vulnerability" to cocaine, says Dr. Nestler.

MI-AIMH is an affiliate of the World Association for Infant Mental Health.

MI-AIMH originated and is part of the Alliance for the Advancement of Infant Mental Health.